Not many people likes wasps, do they? They are often seen as mean, nasty creatures that will sting a person without even a bit of provocation. And their sting really smarts! And swells up, and turns red, and hurts for days! So why on earth do we have wasps around?

Wasps, like bees and ants, belong to the Order Hymenoptera. Some wasps are social, like bees and ants, living in colonies. Others are solitary, but like the rest of the insect world they have their purpose in life and their place in the natural order of things. Some are predatory, feeding on other insects and spiders. Others are parasitoids, living off the tissue of a plant a spider, caterpillar, or moth, in which the female wasp has laid her eggs. Female wasps have a needle-sharp ovipositor, which allows them to pierce the tissue of the chosen organism and deposit her eggs. This same ovipositor in some wasps doubles as a stinger, allowing her to produce the nasty venom-containing sting we all hate. Male wasps, lacking the proper equipment, do not sting. 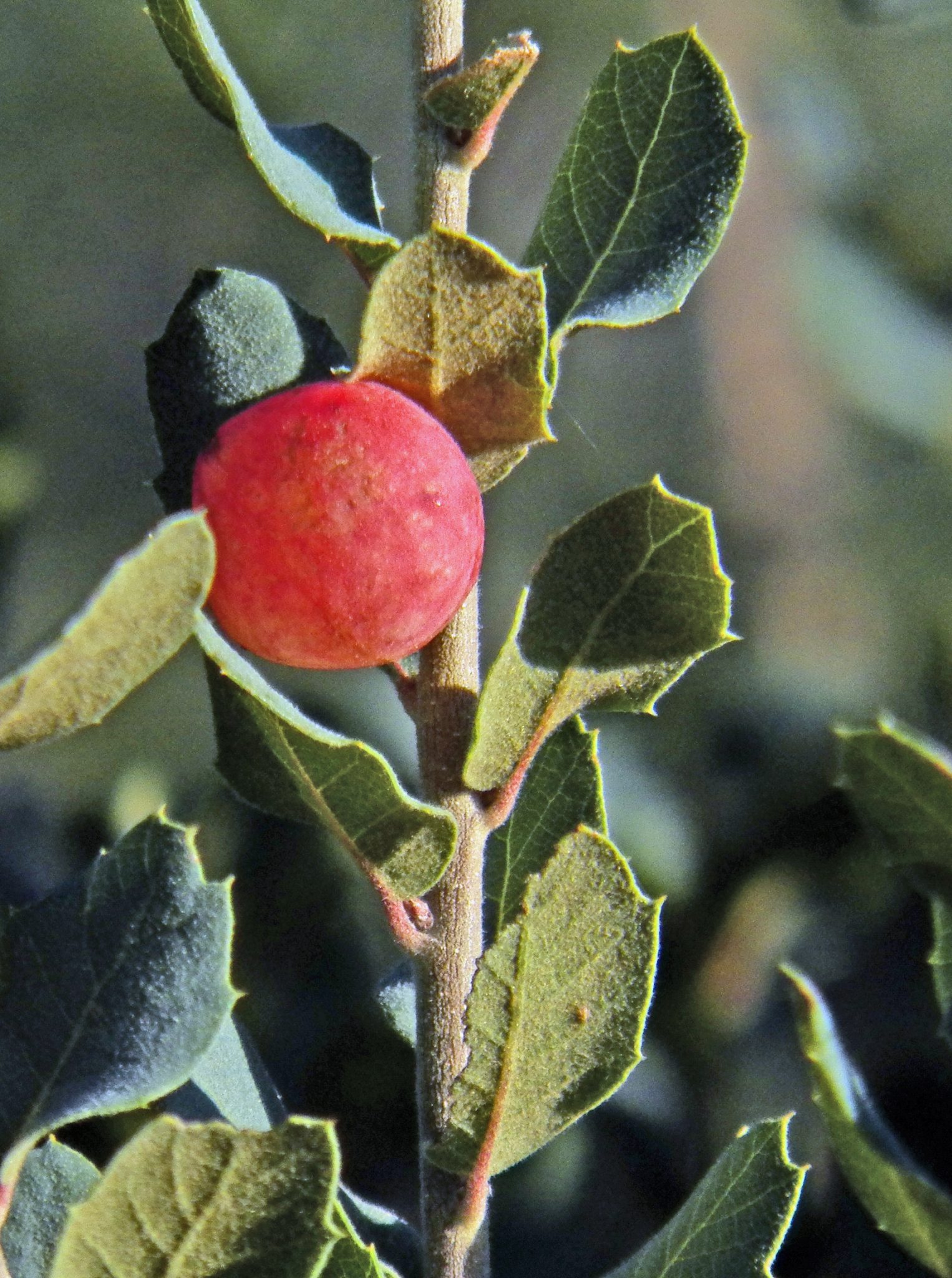 Social wasps make their nests of chewed-up paper, wood and saliva under the eaves in houses, or in sheltered areas of trees or shrubs. We may have seen one under the eaves of our houses. Just give it a wide berth. Solitary wasps make nests of mud on or in the ground, or in trees, rocks, or abandoned tunnels of other insects. The young develop as larvae, molting as many as five times before reaching maturity. There are many species of wasps, ranging in size from a fraction of an inch up to two inches. The hunting wasp species capture a live spider or caterpillar by paralyzing it. The female then takes it to her nest, lays her eggs inside the victim, and the developing larvae feed on the hapless critter. Gruesome, isn’t it? Less gruesome, but interesting parasitoids are the many species of wasps that are gall-formers.

These wasps are tiny, best seen with a hand lens. Anyone who has spent much time out of doors in the Central Highlands has seen galls on oaks leaves and branches. Galls are the tree’s response to the “attack” made on the tree’s tissues (leaves, branches) by the female wasp piercing those tissues to lay her eggs. The tree responds by forming a relatively firm, hard growth around the egg(s), effectively walling it off from the rest of the tree. The developing larva(e) then feed off the tissue inside the gall, remaining reasonably safe from predation. Upon reaching maturity, the new wasps eat a hole in the gall wall and fly away. 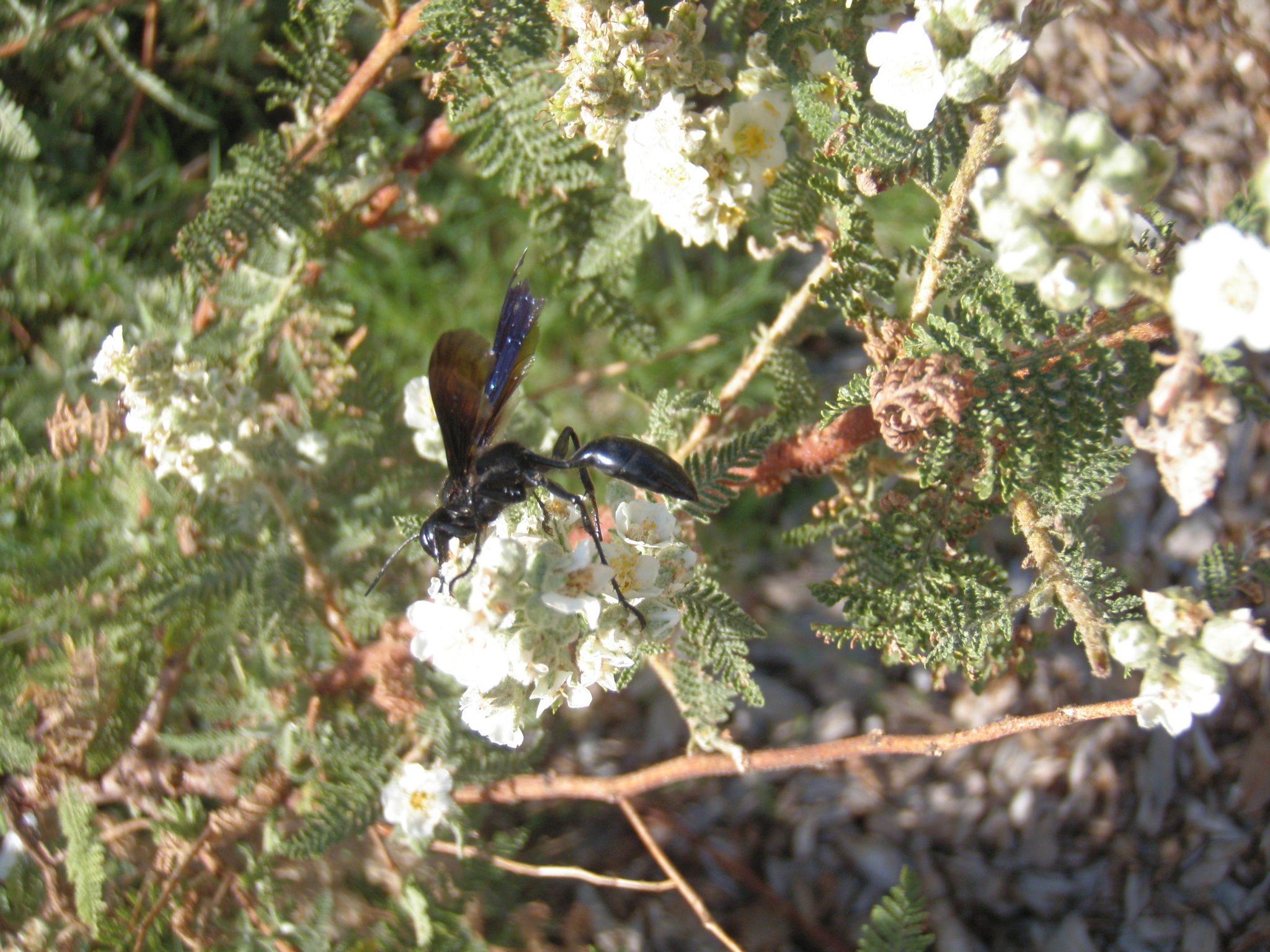 ​Wasps come in many sizes and have differing habits. They are predators and they are prey for birds, lizards, and other insectivores. While not as well-known as pollinators as are bees, bats, and hummingbirds, wasps also play their part in the circle of life. So, try to think kindly of them, and stay out of their way!