Wandering Through The Forest

Wandering through the forest one day, my attention was drawn to a small ponderosa snag. I have always been attracted to dead trees. They seem to possess a certain resilience that demands admiration. As I moved closer to get a better view, I began to reflect on the circle of life, and how much a dead snag is still a part of that circle. The top of the tree lay on the ground, beginning to decompose, aided by the unseen army of soil bacteria. The work of carpenter ants was evidenced by the little piles of sawdust, and the galleries of
beetle inhabitants were also present in the decaying bark. The main trunk of the tree still stood, like a sentinel, its trunk riddled by the small holes of an acorn woodpecker granary and the larger holes of nesting sites.

It occurred to me then to wonder if a dead ponderosa snag still had the wonderful “candy store” aroma of a live tree. I searched until I found a live tree of approximately the same age and diameter as my snag, placed my face close to the bark, and inhaled. Yes, there was that great scent! I went back to the snag and repeated the process. Alas, no aroma. Disappointing, but understandable. The part of the tree that produced the aroma is no longer functioning, even as the rest of the tree still occupies its vital place in the circle of life.

I continued down the trail wandering through the forest, listening to the raven in the distance and immersing myself in the peace of the forest. 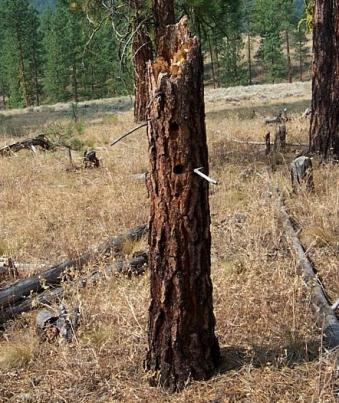 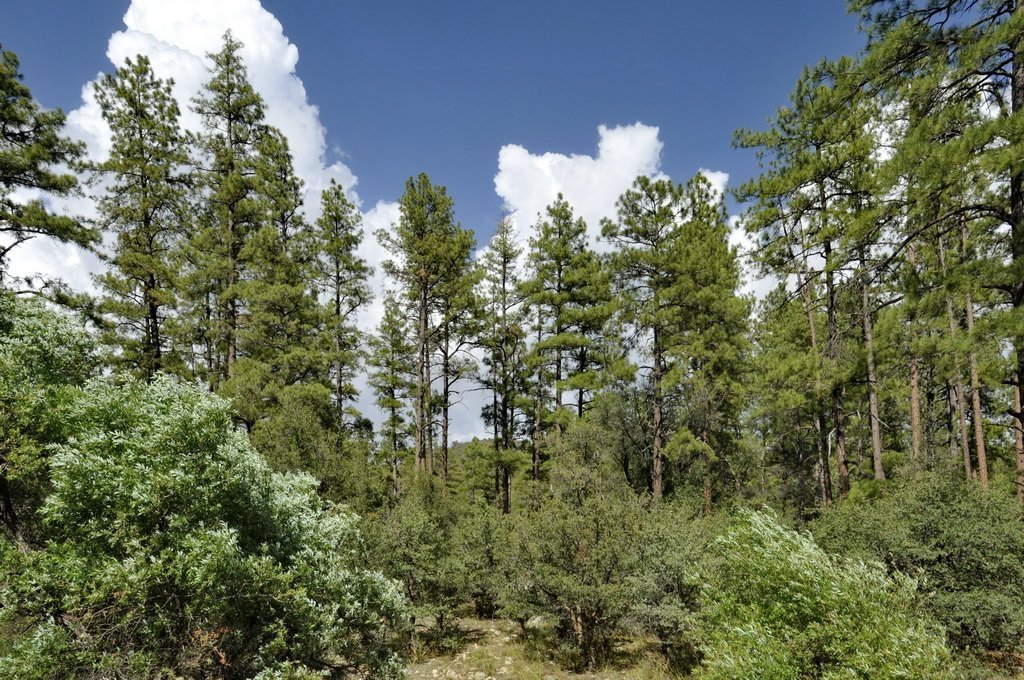 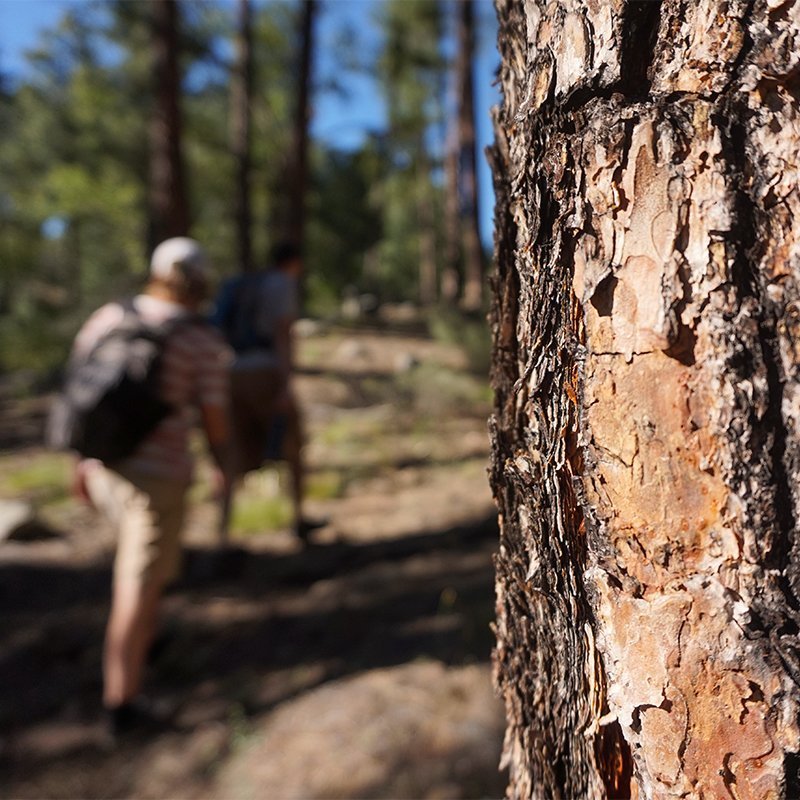