Snakes are one of nature’s most misunderstood creatures.  Over the centuries they have been alternately revered and feared by many cultures.  Much of this fear is unreasoned and misplaced. It often comes from a place of misinformation. Here in Arizona, we are likely to run into snakes in our yards or on the trails, so learning about snakes is useful.

Arizona is home to 52 native species of snakes.  They range in size from the tiny thread snake (Leptophylopidae) that resemble a large earthworm and spend most of their lives underground, to gopher snakes (Colubridae) and some rattlesnakes (Viperidae) that may be up to six feet long. Of all the snakes found in Arizona, only 14 are venomous.  Snakes found in the Central Highlands are nearly all non-venomous.  The only venomous snakes native to our part of Arizona, Yavapai County, are four rattlesnake species: Western diamondback, Mohave, Black-tailed, and Arizona black.

Snakes are an important part in their respective ecosystems. Threadsnakes eat both adult and larval forms of ants, termites, centipedes, millipedes, whipscorpions and spiders.  In a rather interesting type of relationship, they are often captured by small owls, and placed in the owls’ nests, where they feed on owl ectoparasites. Other small snakes, such as groundsnakes, blackheaded snakes, ringnecked snakes and nightsnakes favor a similar diet, with some including small lizards, snakes, snake eggs, frogs and toads. 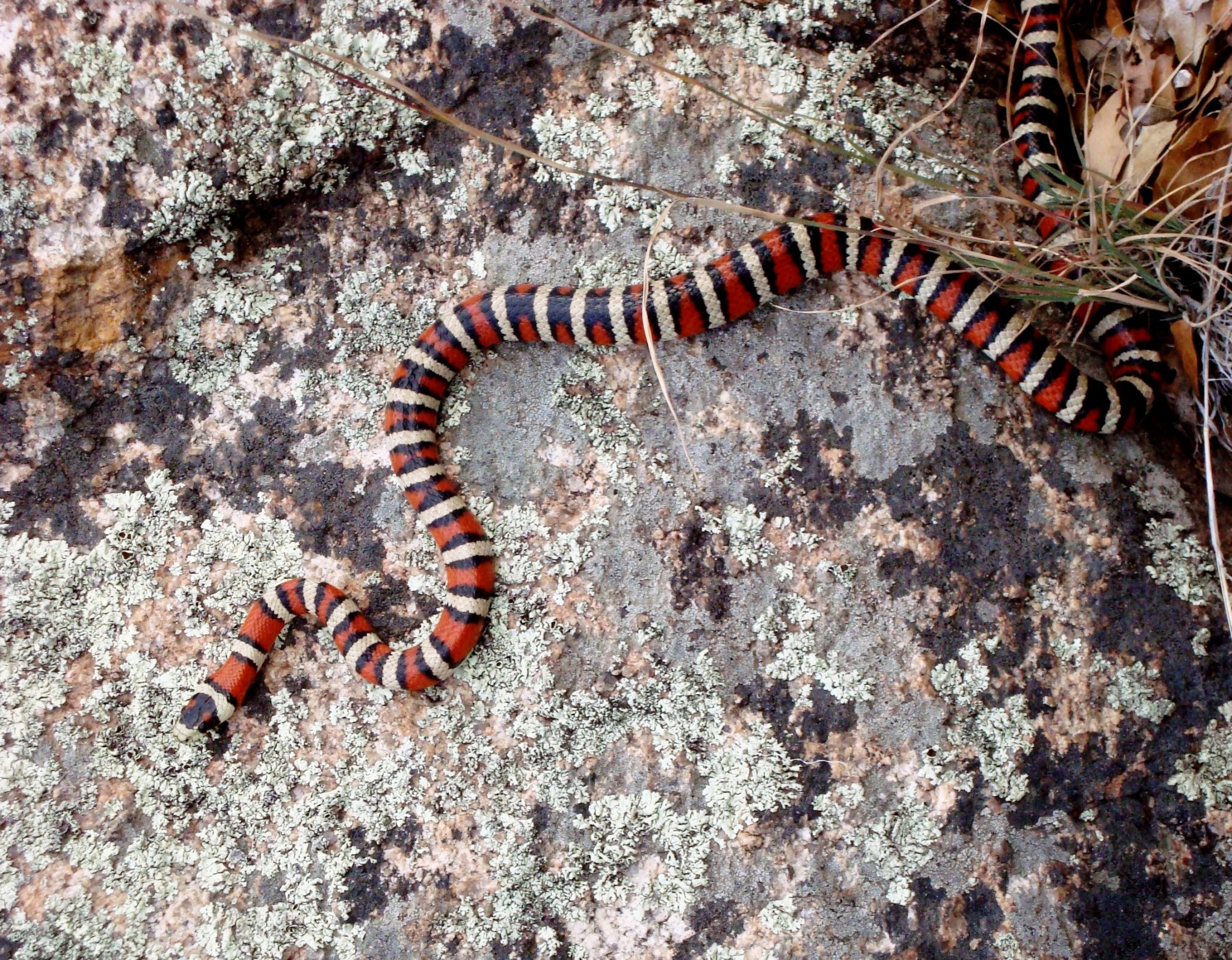 As the snakes get bigger, their diets become more varied.  Medium-sized snakes, such the Western patch-nosed snake, striped whipsnake, and Sonoran Mountain kingsnake (pictured left) also eat insects, but due to their size and ability to climb trees, they can also eat  lizards, frogs, toads, birds and their eggs, rodents, and other small mammals.

Large snakes, like common kingsnakes and gophersnakes consume rodents, other snakes, lizards, birds, and snake and bird eggs. These snakes sometimes incite fear in people who may mistake them for rattlesnakes.  Gophersnakes will rise in a striking position, flatten their head into a triangular shape, hiss loudly and “rattle” their tail when disturbed. This defense mechanism is meant to mimic a rattlesnake and scare the predator that disturbed them.  These snakes are harmless to people though because they both kill their prey by constriction.

Rattlesnakes are the snakes most people hope to not encounter. Their venom can be dangerous, occasionally even fatal, to humans.  All four rattlesnakes native to the Mogollon Highlands have hemotoxic venom, which destroys blood cells.  In addition, the Mohave rattlesnake also produces a neurotoxin, which attacks the nervous system.  The venom they produce is not meant for us though.  We are too big for them to eat, and they would rather save their venom for something they can.  This is why they warn us with their rattle. 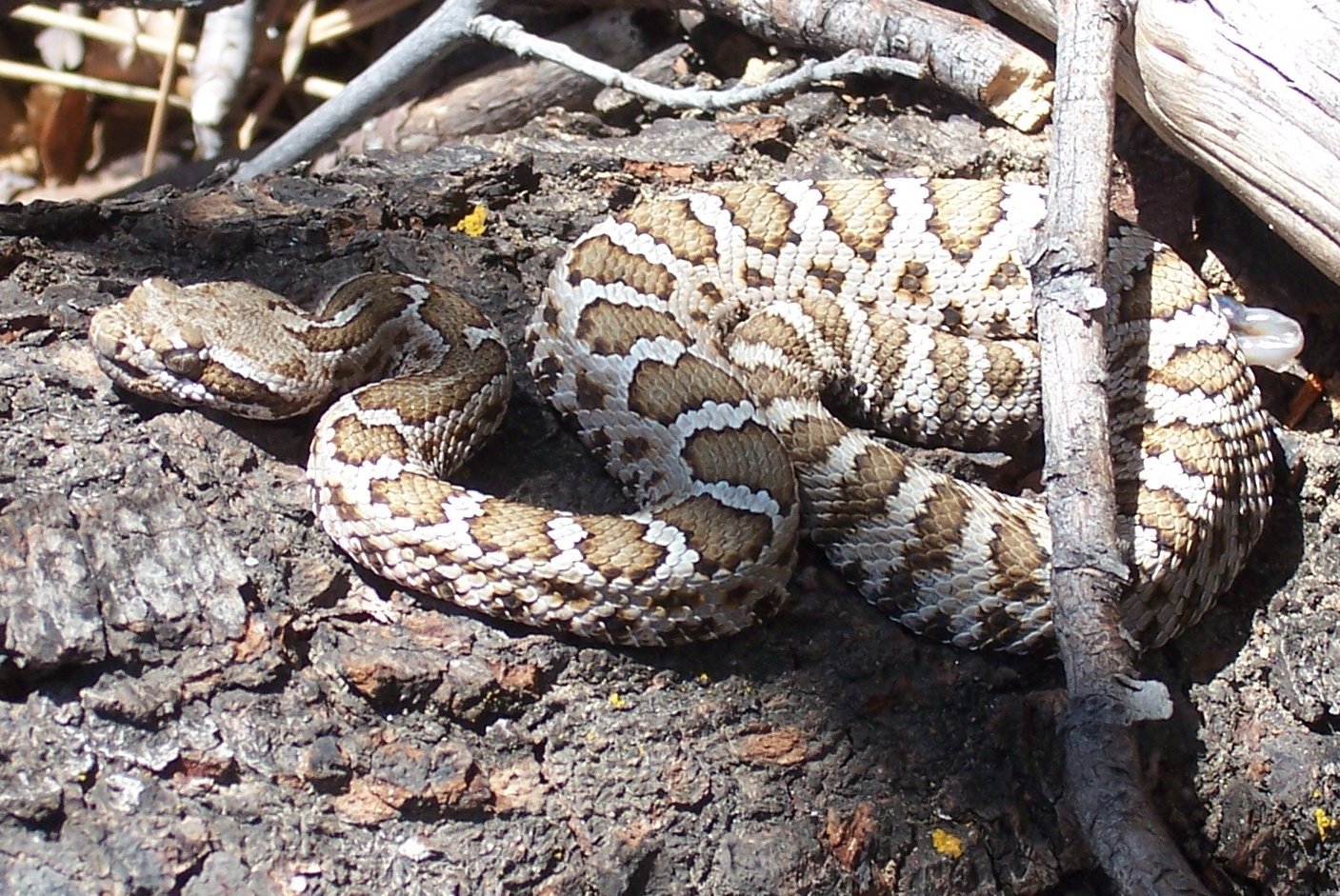 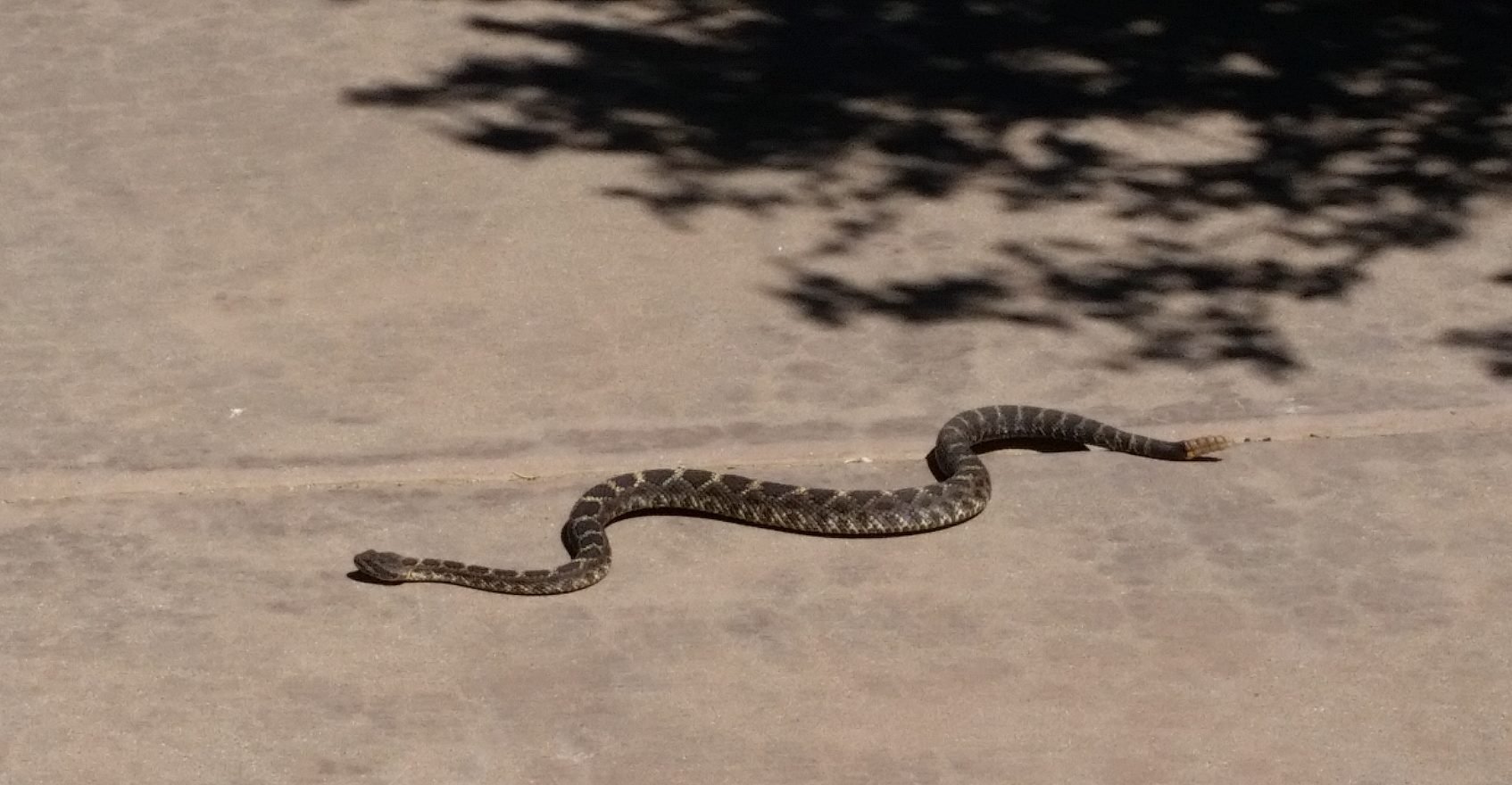 If you see, or hear a rattlesnake, stop, locate it, then give it a wide berth as you move away from it.  A common myth is that a young rattlesnake will cause more damage than an adult snake because they can’t control the amount of venom they inject. Although you should still be cautious of young rattlesnakes, the most serious envenomations are caused by adult snakes. The larger the snake the more venom it produces because it tends to hunt larger prey. It is also worth noting that the juvenile Arizona black rattlesnake (pictured left top) looks different than the adult (pictured left bottom), which may make them more difficult to identify.  A rattlesnake’s diet is very similar to the other snakes explained before, so don’t fear them, don’t kill them, but respect and appreciate them for their place in nature.