People of a certain age may remember a comedian named Rodney Dangerfield, whose famous line was “I don’t get no respect.”  This article, and some to follow, will explore some critters who, like Mr. Dangerfield, also get “no respect:” nature’s clean-up squad, scavengers, carrion eaters, decomposers, the “ick factor” of the circle of life.   Whatever we want to call them, most of us would rather not think about them, but just imagine what life on earth would be without them.  Or maybe it wouldn’t BE…having been already overwhelmed by millions of years of waste—human, animal, plant—dead bodies, skeletons—detritus of all kinds of organisms.  What an unpleasant and frightening thought! 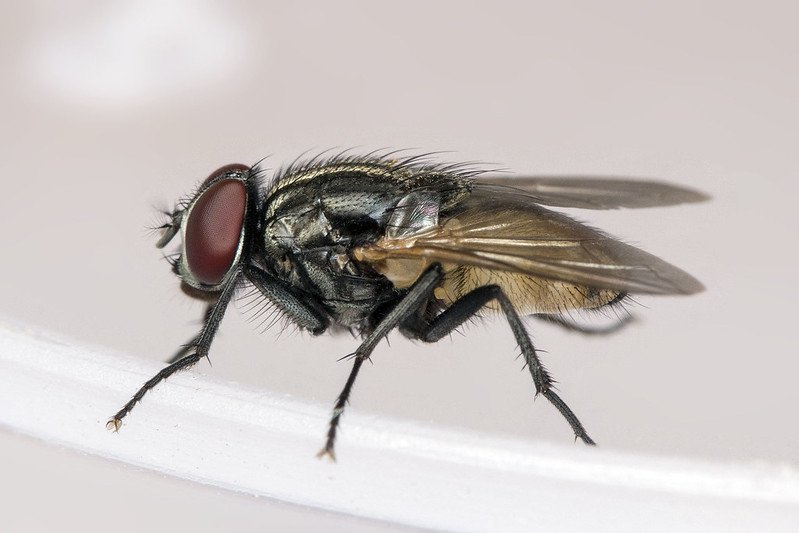 Image of a house fly from arian.suresh on flickr.com

Our first critter of interest will be the fly, an annoying, disgusting, disease-carrying creature that plagues people and animals alike.  More specifically, the larvae of various flies—the Maggot!

Flies are attracted to foul smells—excrement of any kind, or anything rotting.  They feed on the causes of these odors, but more importantly, this is where they will lay their eggs.  When the maggots hatch, they, like all larval insects, have voracious appetites, and will eat any organic thing in sight—as long as it is rotting.  They can make short work of a dead

animal, and their digestive system is so efficient that it filters out pathogens (harmful bacteria) and the frass (insect poop) can be used to enrich the soil.

Maggots are often the “first responders” to a crime scene where murder has been committed.  Their presence, and knowledge of age and species of the maggots help crime scene investigators pinpoint the time and place of death.   The maggots themselves also provide a source of food for birds, fish, and chickens.

Flies have been known to lay eggs on open wounds—human or animal.  Undisturbed, the maggots will hatch in a short time, and will go to work consuming the dead and dying tissue, leaving behind clean, healing, healthy tissue.  This has been observed and used by folk medicine practitioners for probably centuries.  It even has modern applications.  Today, maggots which have been raised under sterile conditions are sometimes used to treat particularly nasty wounds.  Of course, one has to get past the “ick factor,” but hey, if it works, don’t knock it.

Like the rest of nature’s creatures, maggots have an important place in their various ecosystems.  The enthusiasm with which they go about their assigned duties belies their tiny size and makes their accomplishments truly impressive.  So, try to get beyond the “ick factor” and think of them more generously.  Appreciate them for their vital contributions to the Circle of Life!