With all this hot weather and no rain, it is hard to believe that fall is less than a month away.  Here in the Mogollon Highlands of Central Arizona we enjoy the variety of definite seasons, and even though fall is coming, the warm days will be with us for a while.  One of the best things about the arrival of fall here is the migration of our avian friends. Some come to spend the winter with us, a few may leave to winter elsewhere, and some are just passing through on their semi-annual journey.  Of this last group, one of the most interesting is the tiny rufous hummingbird.

The rufous hummer has an extremely long migration route, from its breeding range in the Pacific Northwest (even up to Alaska) to its wintering range in Mexico and along the Gulf Coast. These birds begin their southbound migration almost as soon as the baby birds have fledged, and  is during this last leg of their trip that we might see one. For all their small size, the rufous hummer is very fierce. Males have been known to take over a feeder and chase a resident hummer out of his

own territory, claiming it for their own for the few days that they remain here.  A male rufous hummer in flight has been described as having the appearance of burnished gold or copper, a truly magnificent sight.

In contrast, resident Anna’s hummingbirds brave our chilly winters to remain here year-round.  The males are equally as territorial as other hummingbird species, even defending against females of the same species until they decide that mating is a better use of their time.  The females are the most impressive of all, not only in their defense of nesting territories, but also in their elaborate nest-building and in caring for the chicks. Our local hummers may have two to three broods a year. 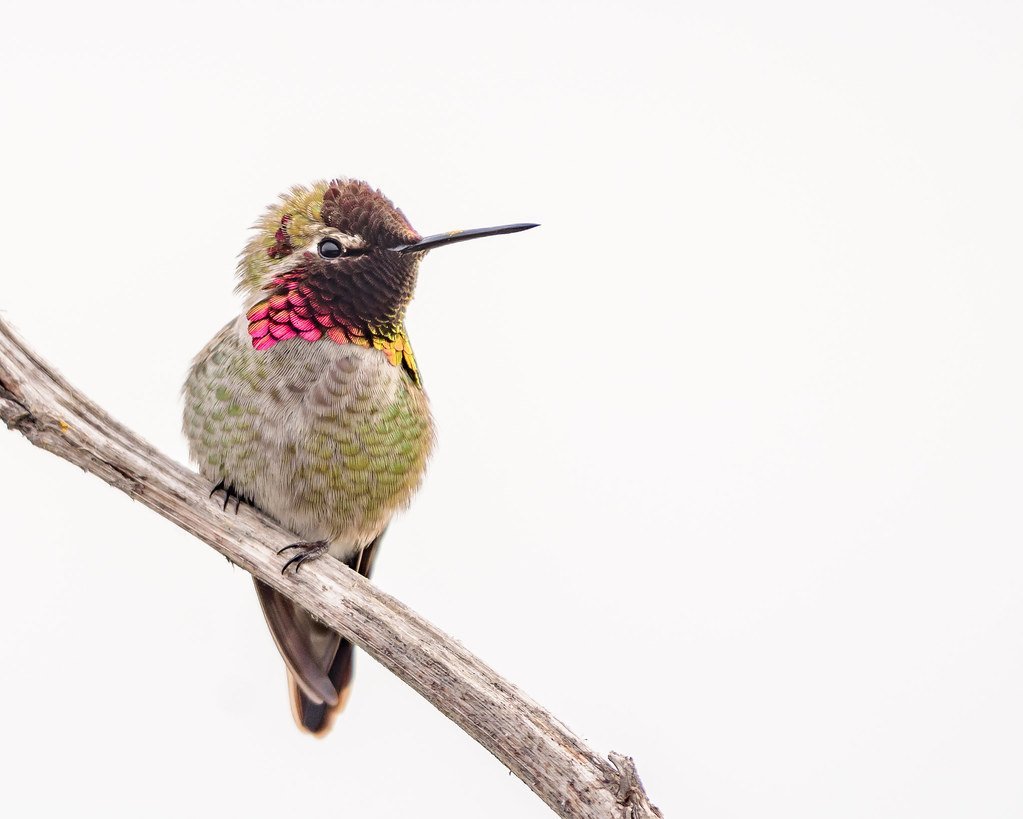 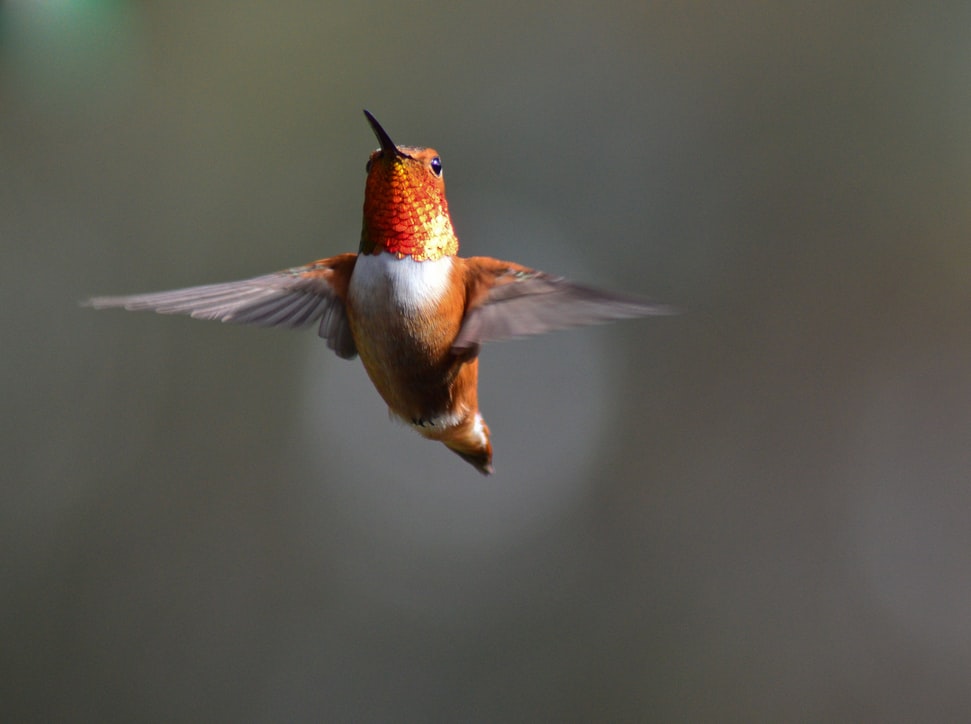 Hummers begin breeding at one year of age.  After mating, the female makes a tiny cup-shaped nest of feathers and other soft material held together with spiderwebs that allow the nest to stretch as the chicks require more space.  She lays two teeny eggs one to three days apart and incubates them for 14-23 days. The featherless, altricial babies are hatched asynchronously and require mom to bring them predigested nectar and bugs for the first week until they are ready for undigested food.  After a month, the baby birds are ready to fledge. As they teeter on the edge of the nest trying their wings, she teaches them how to catch their own food by bringing bugs to the nest. Even after they have fledged, she occasionally supplements their feeding.

Hummingbirds only found in the Western Hemisphere.  In the Mogollon Highlands, we are fortunate to have a year-round resident, the Anna’s, a summer resident, the black-chinned, and a visitor, the rufous, or rarely, a calliope.  Other parts of Arizona have even more varieties, but the neatest thing about hummers is just watching their antics. What an amazing little bird!