THE CENTRAL ARIZONA HIGHLANDS has been blessed this past winter and spring with an abundance of precipitation in the form of snow, rain, graupel and hail.  All this moisture means lots of wildflowers blooming which attract lots and lots of butterflies. Butterflies are some of the most fascinating creatures on earth, certainly among the most beautiful.

Butterflies and moths are members of the insect order Lepidoptera, meaning “scale-winged.”  Moths are a story for another time, but there are some physical differences between the two species which should be noted.  Moth antennae are feathery and butterfly antennae are slender with a swelling on the end. Also, butterfly forewings and hindwings are attached separately to the thorax, whereas moth wings are also hooked together by a structure called a frenulum. A butterfly mouth is called a proboscis, a double straw-like tube, which is used to sip nectar from flowers or obtain other nutrients from mud puddles or rotting fruit. 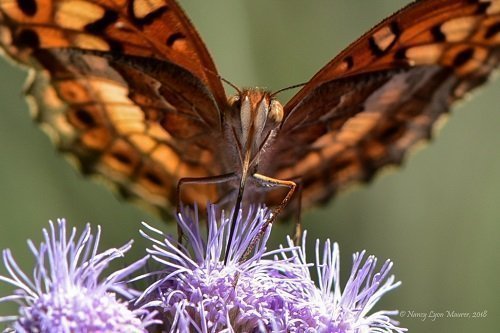 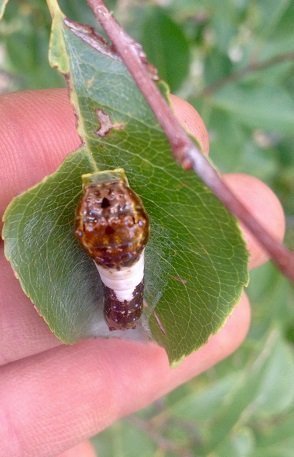 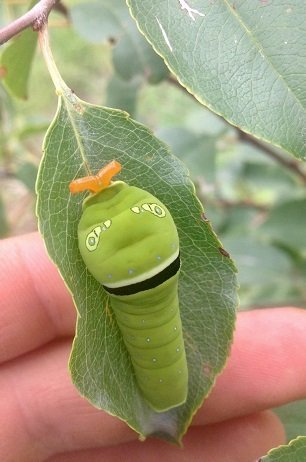 Like all insects, butterflies begin life as an egg, laid by the female on the host plant.  Some butterflies will use any plant, but others require very specific plants as their host.   Those fortunate enough to survive the egg stage will usually hatch within a few days. The first thing they eat is the eggshell, followed by two or three weeks of voracious eating of the leaves, flowers and other delicious parts of the host plant.  The caterpillar stage is a time of rapid growth, during which the caterpillar will shed, or molt, its skin three to five times. The periods between these molts are called instars. Although the development time varies between species and can be influenced by season or weather, when feeding is complete the caterpillar will seek a safe and sheltered place to pupate.

The third stage of a butterfly life cycle is the pupa.  The caterpillar fastens itself to a sturdy twig or stem with silk and prepares for its next adventure.  Its skin is shed for the last time and replaced by a hard shell, or chrysalis. Pupation takes one to two weeks, depending on the species of butterfly.  During this time amazing changes are happening in the apparently lifeless chrysalis.

An important adaptation to help butterflies cope with cold weather or other adverse conditions is the diapause, a time during which all development stops for weeks, months, or even years until conditions  improve. Diapause can occur during any of the stages of a butterfly’s development. ( Food for thought: this may well be a means to help butterflies survive global warming.)

Meanwhile, back at the pupa, the amazing changes are complete and the adult butterfly is ready to emerge.  Initially, the wings are soft and curled, and it doesn’t look much like a butterfly. But after the wings are pumped full of fluid, stiffened and dried, it is ready to fly.  They are finished growing and ready to fulfill the main purpose of an adult butterfly: to mate and reproduce. The males and females find each other by homing in on the powerful species-specific pheromones they produce.

The Central Highlands of Arizona is home to a large diversity of butterflies, appearing in early Spring and lasting into late Fall.  As we watch the beautiful creatures flitting among the flowers, we should take a moment to marvel at their amazing life cycle as well as their beauty.  Be a bit more charitable to the caterpillars munching in your gardens and remember what they will become!