This “Breath of Fresh Air” features the moon, and how to track the phases of the moon for the month
of April. Have you ever wondered why does the moon have phases?

The moon has phases as it orbits earth, causing the position we see illuminated to change from
phase to phase. At the new moon phase, the moon is so close to the sun in the sky that the side
facing earth is not illuminated at all. After the new moon, the sunlit portion of the moon is increasing,
but it is still less than half, so it is called a waxing crescent. Then after the first quarter, the sunlit
portion is still increasing, and it is more than half so it is called a waxing gibbous. Then the moon will
be fully illuminated, thus being a full moon. After the full moon has occurred, the light cast on the
moon will begin to continually decrease, forming a waning gibbous. The third quarter of the moon will
then occur and will wane until the moon is completely gone, and new moon will be visible in the night
sky.

For month of April, a member of the Highlands Center’s education team will be tracking the moon
with a calendar that they made. To track the moon phases just like the Highlands Center you can
print a calendar or make your own. Once a week or so, a member of the education team will be
sharing the calendar as they too track the phases of the moon. This activity is a really fun way to
understand the moons phases and can be done right from your porch, balcony, or just the front
steps. Enjoy and do not forget to take look at the moon every night. 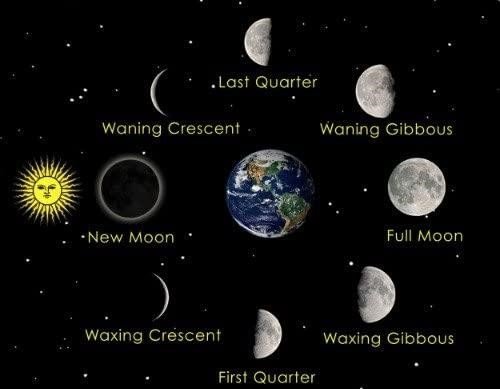 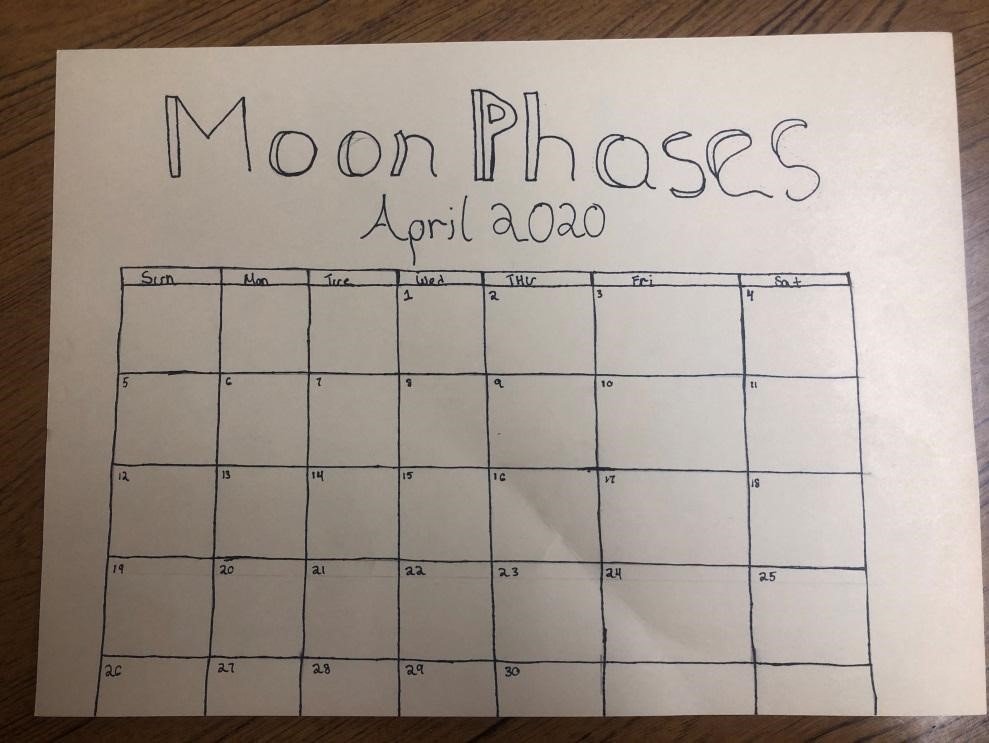