It is not a dragon, although it can be fearsome-looking.  It is not a fly, although it is capable of aerial locomotion.  As you have probably guessed, this month’s interesting insect is the dragonfly.  Dragonflies and damsel flies (also called darning needles) belong to the insect order Odonata.  Over 300 species of dragonflies and around half as many species of damselflies are found in North America, though not nearly that number are found in the Arizona Central Highlands.  A common sight near bodies of water, but also occasionally in urban gardens, these delicate, strange-looking insects are, in fact, totally harmless, except to other insects, on which they feed voraciously.

Like most other insects, dragonflies have a complicated life cycle.  They develop by incomplete metamorphosis, beginning life first as an egg, laid in water by the females soon after mating.  The developing larva is called a naiad, or nymph, and spends its entire larval stage under water, where it is capable of movement, and where it preys eagerly on insects, worms, and occasionally, small fish.  Depending on species, and environmental conditions, this larval stage may last from a month to several years.  Upon leaving the water, the larva sheds its exoskeleton and begins to look like a dragonfly. 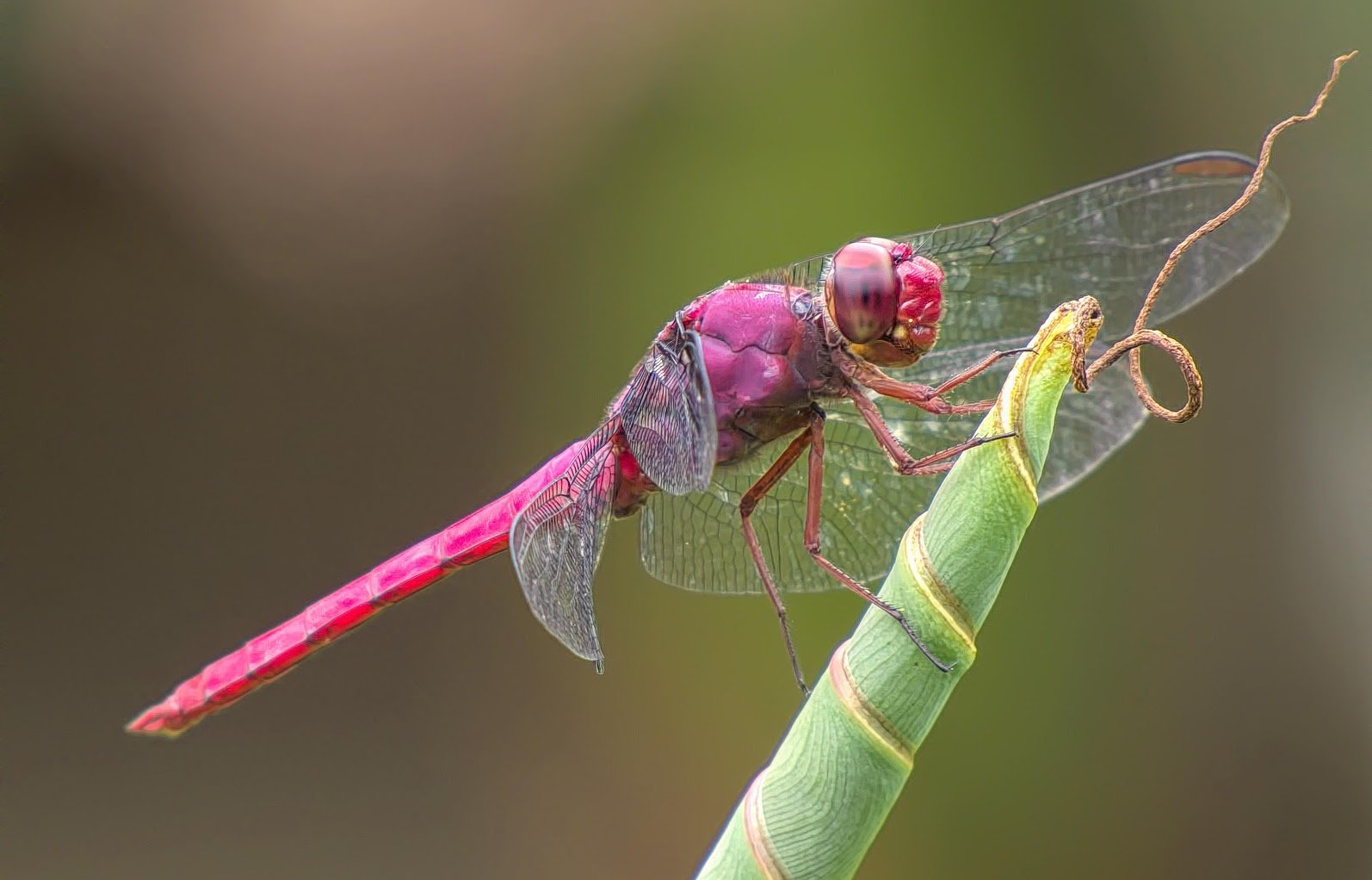 During this stage of its life, the dragonfly is referred to as a juvenile adult, since it is not yet sexually mature. Also, during this stage of development, its color becomes either lighter or darker. Upon reaching maturity, males are usually more brightly colored than the females, though females of some species have more than one color form, and some species change color in response to environmental changes. Odonate legs are adapted for clinging to narrow stems or grasses and for grabbing prey, sometimes during flight.

It is relatively easy to determine if one is observing a dragonfly or damselfly (if it will hold still long enough). Dragonflies rest with their wings outstretched and damselflies raise their wings over their backs to rest, like butterflies.

During mating, both dragonflies and damselflies join their bodies to form a circle or a heart, and fly together. Immediately after mating, the female dragonfly lays her eggs in water, sand, or mud. The female damselfly lays her eggs in submerged decaying plant material. In both cases, the males hover over them protectively during egg-laying. And the life cycle begins again.
Several species of dragonflies and damselflies can be observed here in the Central Highlands. Probably the most impressive of them is the Orange Skimmer. It is large, over two inches, with a wingspan of over three inches, and brilliant orange in color. It can perform amazing aerial maneuvers, due to its front and back wings beating independently in opposite directions. And it can see 360 degrees, because its head is mostly eyes, so it is a great hunter. And since its favorite prey are mosquitoes, gnats, and midges, it is extremely useful to humans as well. Another great link in the circle of life!