Do You Know the Cicada Killer?

Remember all the buzzing going on in August and September? Now the days are beautiful and very quiet! Fall has arrived and the Cicadas are gone. The adult females deposited their eggs in a groove in tree branch and then died. The egg hatched, fed on tree fluids and then climbed out of the groove and fell to the ground where it started digging.  Once it finds a tree root it begins feeding and tunneling. It remains active underground until it is time for it to emerge and live out the adult portion of the life cycle.

However, some cicadas do not get to mate or lay eggs, they become victims of The Cicada Killer Wasp!

Males of this wasp species emerge before the female and fight for territory sometimes injuring legs or wings.  Generally the larger males are able to establish territories where the females will emerge. When the female emerges she mates with the first male that finds her and then rejects all others. The females are much larger than the male and live for one year.

Cicada killer wasps are ground nesting insects and build tunnels in well-drained soil. The female will search out a cicada and her sting will paralyze it so she can drag it to her nest. She can carry a cicada that is 88% heavier than her body mass. She places up to 4 cicadas in her burrow and lays a single egg on each of the still living insects. She seals the burrow and does nothing more to care for the young.

When the egg hatches the wasp larva attaches to the cicada and feeds on the insect as it goes through several molts. On the final molt it will feed on the major organs finally killing the host. It will then pupate and complete metamorphosis before the adult wasp emerges and begins the cycle anew. 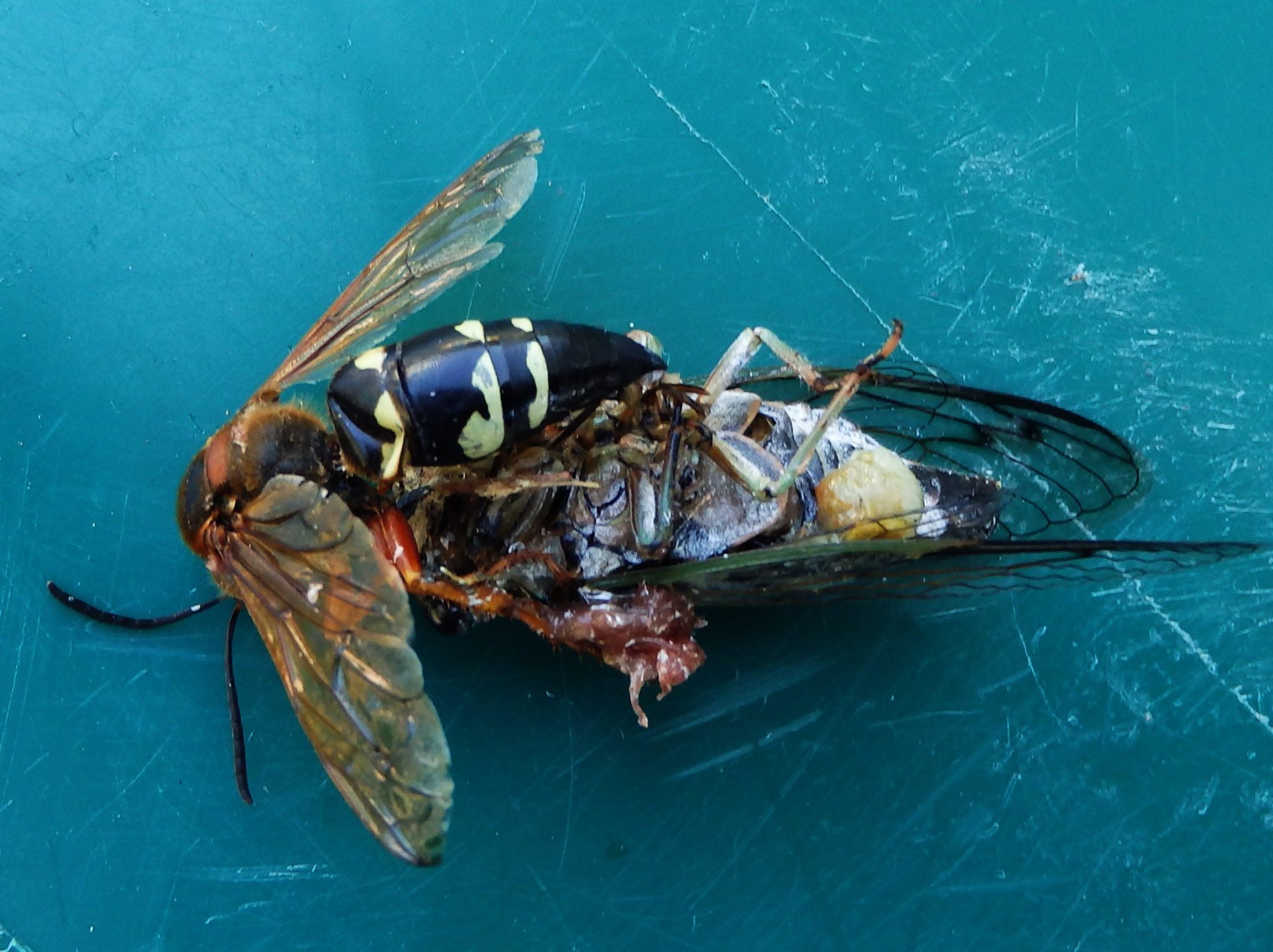 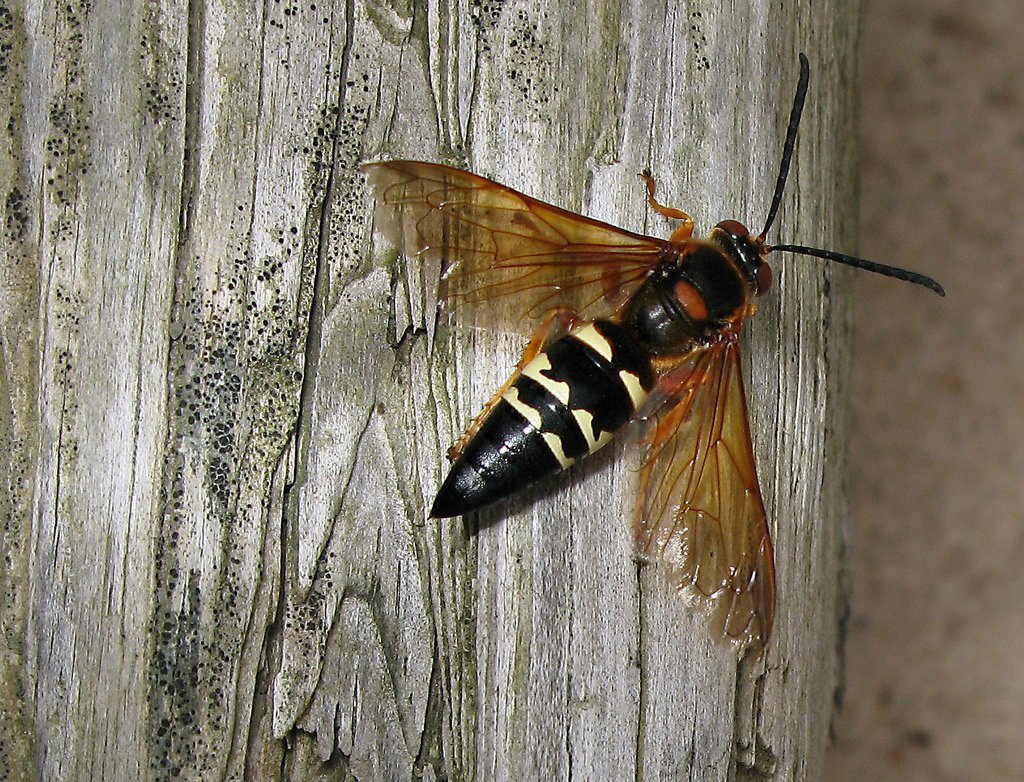 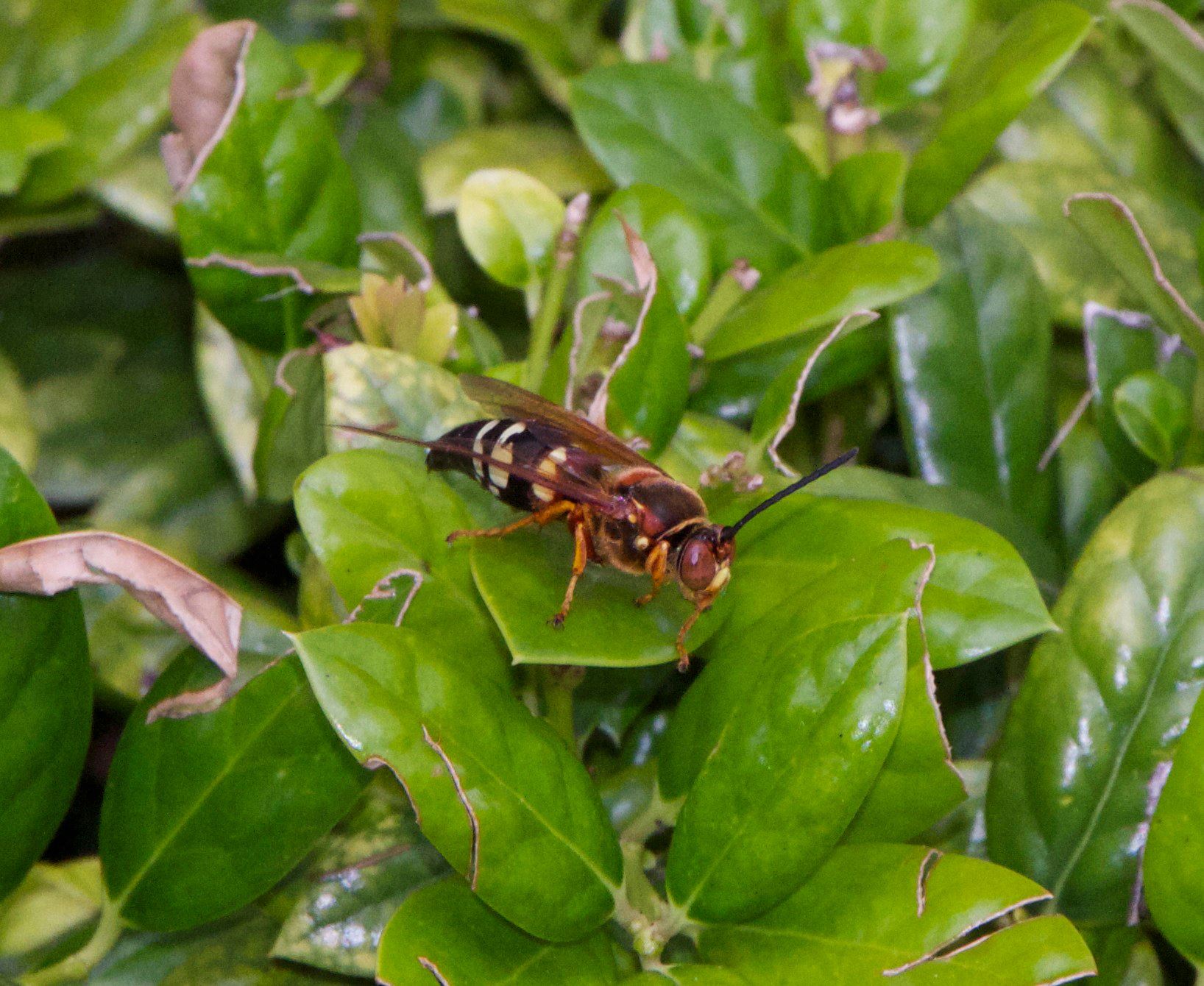