Before you thought of spring,
Except as a surmise,
You see, God bless his suddenness,
A fellow in the skies
Of independent hues,
A little weather-worn
Inspiriting habiliments
Of indigo and brown.
With specimens of song,
As if for you to choose,
Discretion in the interval,
With gay delays he goes
To some superior tree
Without a single leaf,
And shouts for joy to nobody
But his seraphic self!

Bluebirds – genus Sialia and family Thrush (Turdidae). As Dickinson describes, humans have often looked to these birds as “fellows,” inspired by their color and behaviors.

However, there was a chapter in North American history when bluebird encounters were increasingly rare. DDT, snag removal, habitat destruction, introduced species – all contributed to the decline in populations. The conservation efforts that followed are often cited as an example of successful mobilization around an iconic species with larger conservation implications, or “flagship” species.

Bluebirds are secondary cavity nesters, which means they build their nests in small holes, but do not create these holes themselves, instead relying on woodpeckers and other natural factors for

cavity creation. They are insectivores (over 90% of their usual diet is insects). American farmers knew these life history details through observation and so it was common for farmers (indigineous and otherwise) to set out hollowed gourds or wooden cavities to attract the birds towards their crops as “pest” control.

In part due to this human benefit, and possibly due to their beauty, one does not have to look far to see bluebirds written into our history through stories, music and art. These same traits that contributed to the birds’ prevalence in human culture, also made them particularly susceptible to change.

As it became common practice to manage forested areas by removing dead trees (snags), cavities for the birds to nest became limited. This combined with the increased competition from European House Sparrows, an introduced species, put strain on the population. Additionally, DDT was used to combat the very insects that bluebirds feed on, resulting in the poison moving into the population. As both of these forces pushed bird populations down, there was continent-wide habitat destruction and environmental changes.

Some people were paying attention and noticed that the frequently spotted “fellow in the skies” was not longer as common. In response, people mobilized to re-evaluate forestry practices, conserve critical habitats and ban the use of DDT. The North American Bluebird Society (NABS) was created in 1977, championing the creation of “bluebird trails” – networks of boxes tailored and monitored by citizen scientists. These boxes were designed to be the cavities the birds nest in, and monitored to track populations. The result is a bird population that has arguably the most prolific and pervasive data on nesting trends than any other North American bird.

This monitoring, in addition to specifically supporting the evidence of recovery in bluebird populations, has three other important implications. One is simply the information gained from observing other secondary cavity nesters like swallows, wrens, and chickadees. The second is because of the longitudinal and geographically dispersed data, other environment changes, like changes in the climate, can be observed. And lastly, and most importantly (in my opinion), this monitoring has brought citizen scientists, young and old, across a continent, into the most intimate period in a bluebirds life. 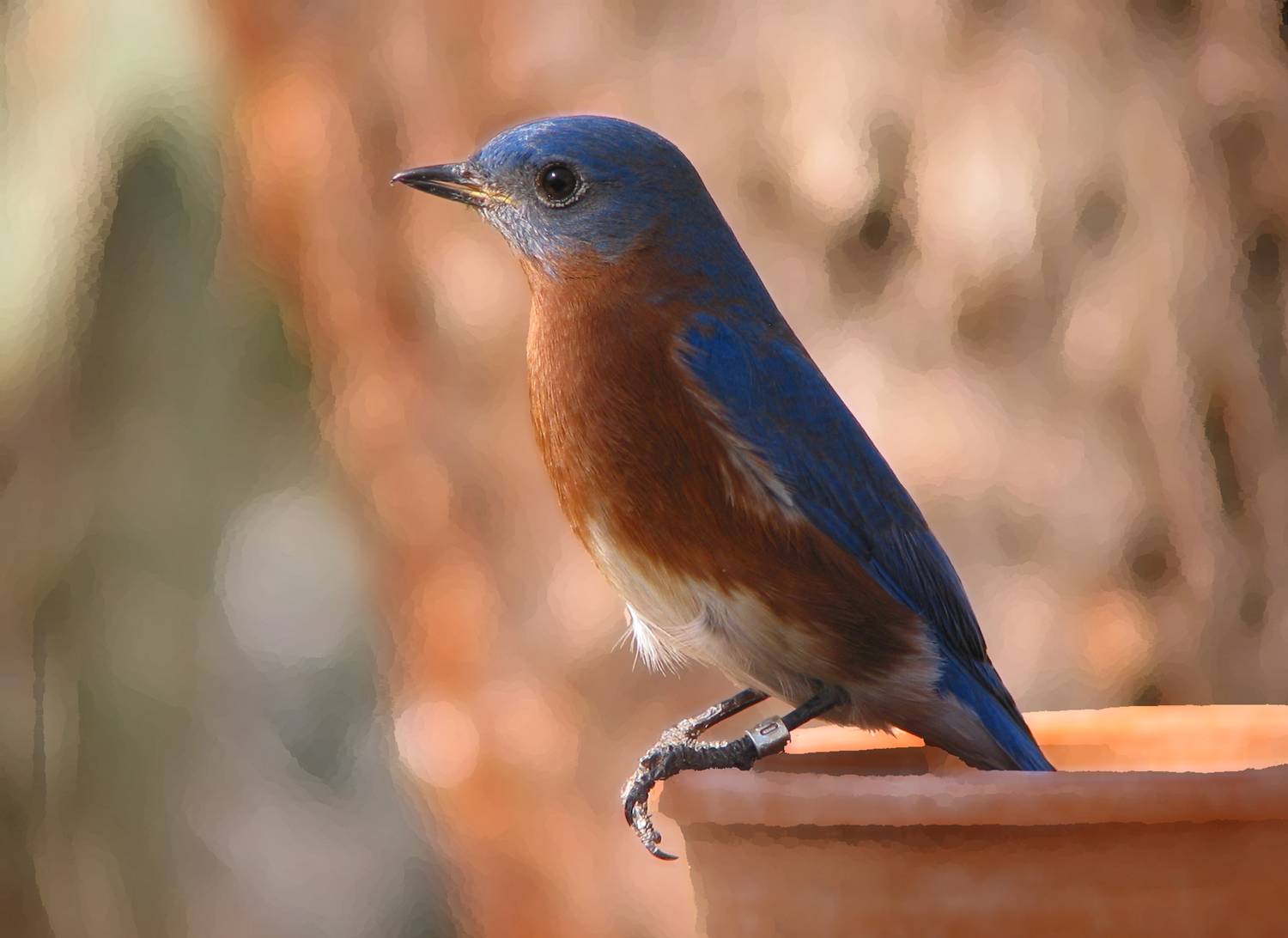 As a young ecologist monitoring boxes, I experienced first-hand the deep joy of watching a nest go from a few pine needles, to fully formed, to filled with blue eggs, to naked chicks, to ready to fly fledglings. I have also experienced the grief of loss due to desiccation, predation, and failure to launch. Science is data heavy, and data is sometimes passion-less. To inspire the next generation of scientists and conservationists it would serve us to listen to the “shouts for joy to nobody,” and consider that maybe they are meant to be shared with us.