Are you hearing a thin, rising buzz followed by a slow trill with an overall descending pitch in your yard or while taking a forested walk? Look for a small, grayish brown bird creeping through the brush while poking it’s long, slender bill into bark crevices of downed trees and leaf litter. You may spot a common, year-round, Prescott area resident—a Bewick’s Wren.

These secretive birds often have their barred tails raised while methodically foraging for insects and fruit. Their short, rounded wings enable them to fly quickly and erratically. If you look closely, you’ll see a long white eyebrow known as a supercillium.

Most wrens nest in tree cavities excavated by woodpeckers, amid roots of upturned trees, or in the center of a brush pile, and some will construct a nest in a birdhouse. The Bewick’s Wren begins building in March, and in higher elevations may not nest until April or May. Industrious males build most of the larger twig foundation with finishing touches of grass and feathers supplied by the females.

Feisty males will build distracting “dummy” nests and occasionally attack nests of another Bewick’s Wren or other species nesting nearby.

Females are the sole egg incubator. Most clutches consist of 5-6 white eggs, flecked with brown and purple. The male often brings food to his mate during the 14-16 days it takes for the eggs to hatch. Nestlings are fed by both parents for about two weeks until they are ready to fledge. Feeding after nest departure continues for another two weeks.  Males may begin construction of another nest before fledgling feeding ceases, because Bewick’s Wrens often produce a second brood.

Due to habitat loss these birds are declining critically everywhere east of the Mississippi River. However, that is not the case in Arizona. Brushy habitat has increased due to inappropriate grazing and fire suppression providing the Bewick’s Wren with more brushy mesquite and juniper habit.

Look for Bewick’s Wren as you explore the trails around Thumb Butte. 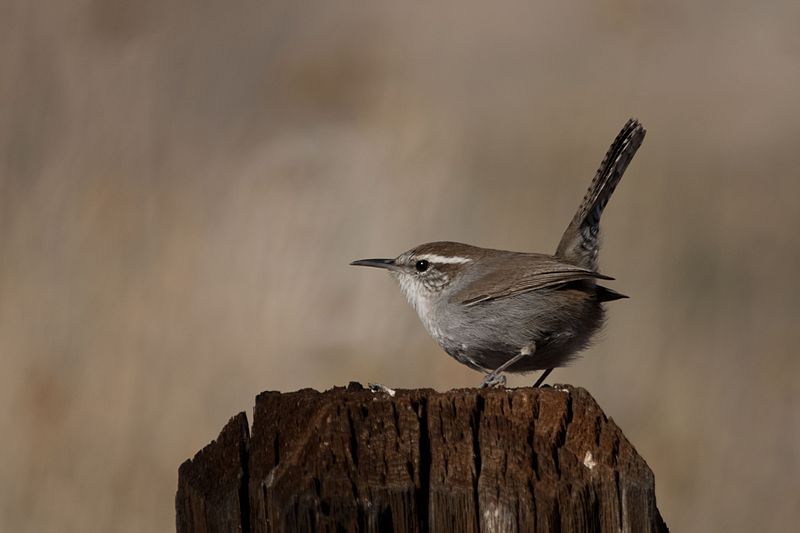 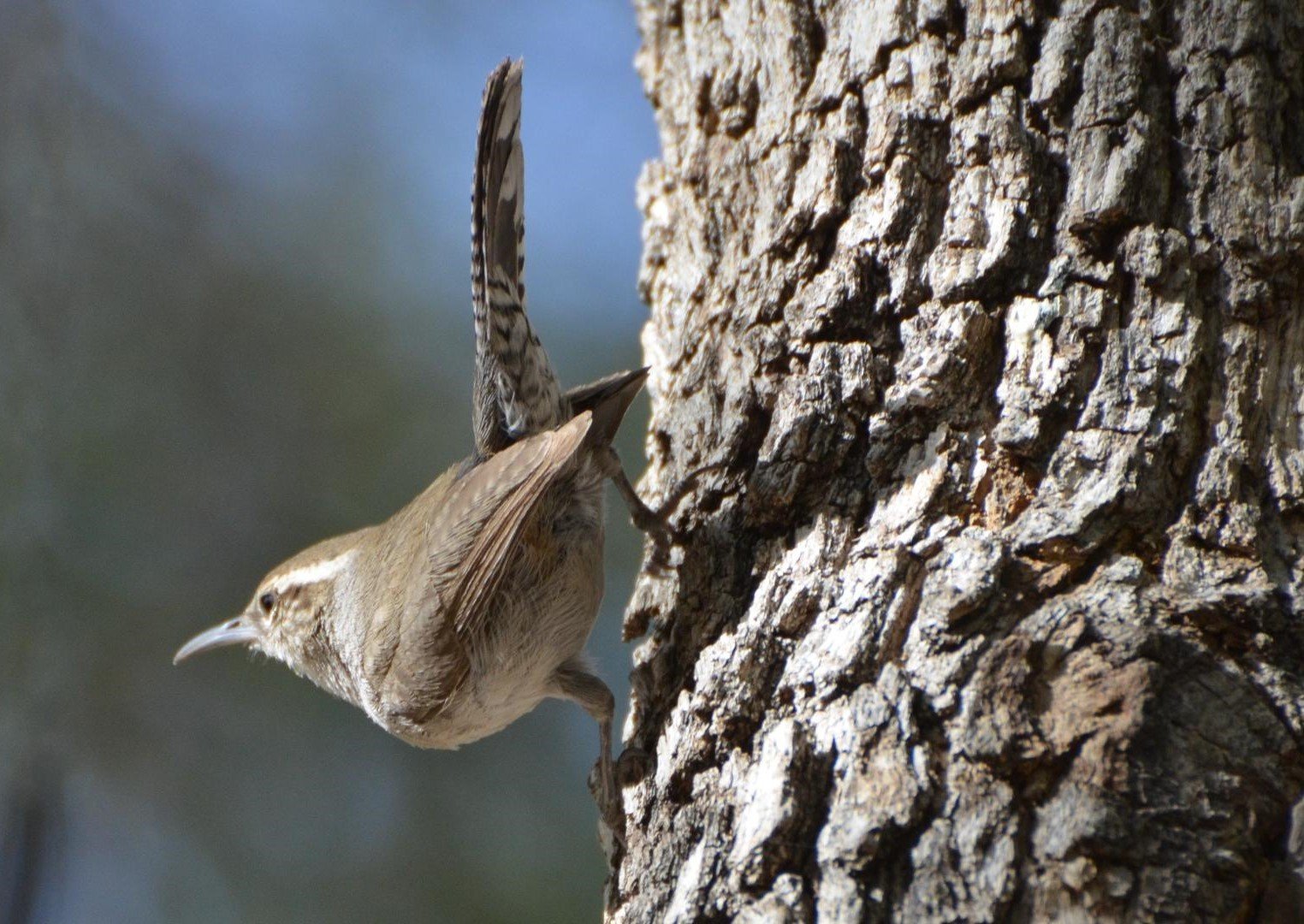 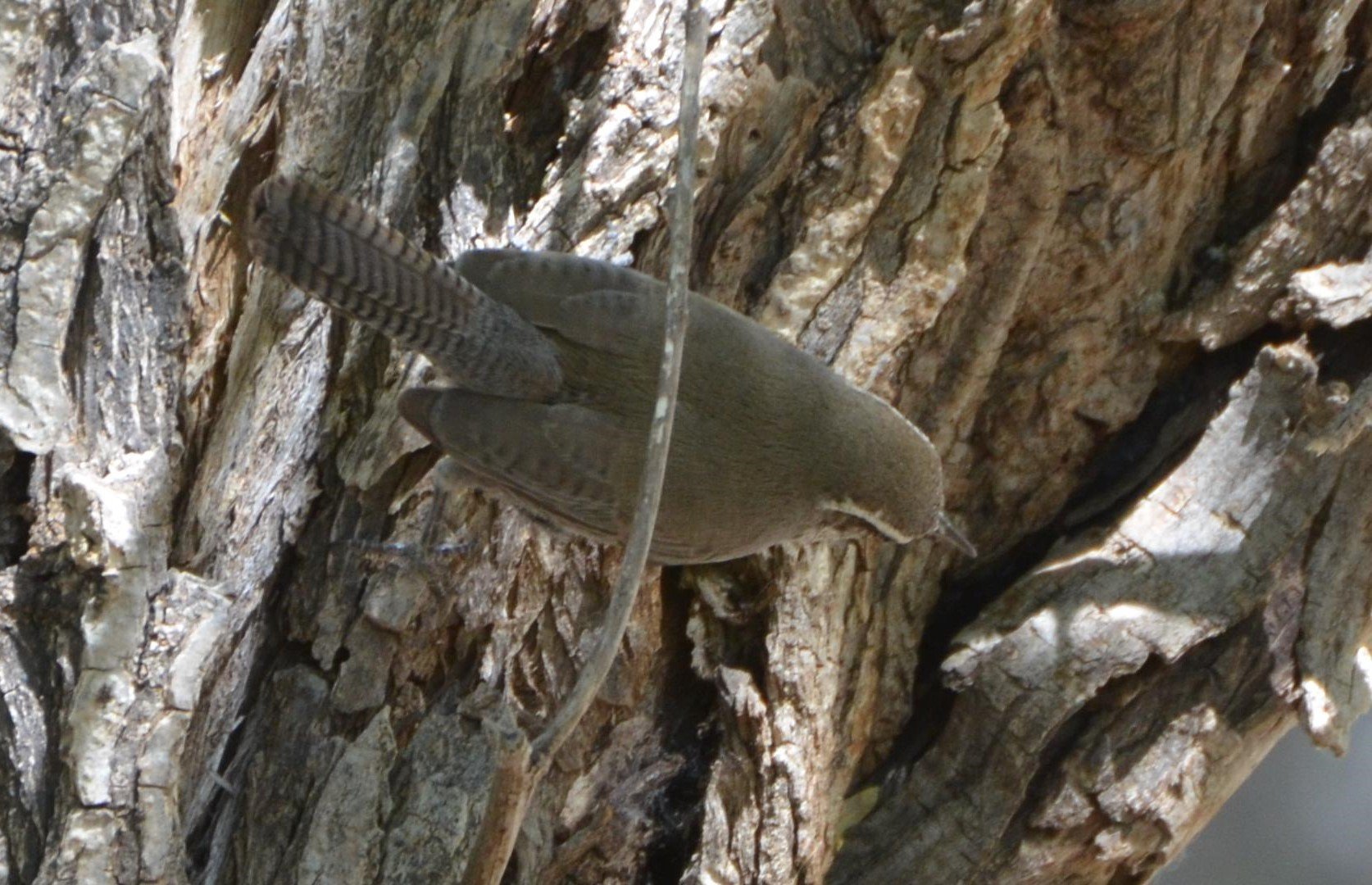